Web Link: An Ode To The One And Only (And Twice Oscar-Nominated) Mary J. Blige

PDF Link: An Ode To The One And Only (And Twice Oscar-Nominated) Mary J. Blige _ HuffPost Canada

Mary J. Blige has been drippin’ in finesse since she dropped her first album, “What’s The 411?”, back in 1992. She is a hip-hop, R&B and soul icon. She’s also a fighter, a survivor and a trendsetter. And now, she’s an Oscar-nominated actress. No surprise, really.

For her role in “Mudbound,” Blige earned Oscar nominations this year for Best Supporting Actress and Best Original Song with “Mighty River.” She is the first person to ever be nominated for both an acted role and original song in the same year. (That’s her in the photo above, performing “Mighty River” at the Oscars Sunday night). A slight flex.

Alongside the decades of hits and superstardom, Blige has had a lifetime’s worth of trauma to overcome. Blige’s father, Thomas Blige, left Mary Jane and her family in the mid-1970s, according to The Root.

Thomas was a jazz musician and Vietnam war veteran, who lived with severe post-traumatic stress disorder, and mistreated Blige’s mother, Cora, according to Biography.com. “My mother went through awful abuse from my father … He left us when I was four, but he’d come back from time to time and abuse her some more,” Blige said.

Cora was a nurse and an alcoholic — Mary J. would later battle alcoholism herself.

To escape her father, Mary J. and Cora moved to a public housing project in Yonkers, NY, but encountered more horrors there. “It was like prison,” Blige told The Hollywood Reporter. “You were struggling for your life every day.” Blige also said she never saw a woman there who wasn’t abused.

At age five, Blige was sexually abused by a caretaker she knew, and would suffer further abuse throughout her life. She coped with the trauma of the abuse and harassment with cocaine, alcohol and sex.

Blige says she overcame her addictions through music and her faith in God. She said in the past her love for then-husband, Kendu Isaacs, gave her the inspiration she needed to get clean. Recently, the couple have been locked in an acrimonious divorce battle, with Blige ordered to pay $30,000 a month in temporary spousal support.

“There was someone else that was his queen,” she told Variety. “I got played. I got suckered. I have to keep smiling and keep my spirits up because this is designed to kill me.”

But Mary J. is our queen. Through the years, the “Queen of Hip-Hop and Soul” has earned nine Grammy Awards and 31 nominations. She has released 13 albums, eight of which have gone multi-platinum worldwide.

She is a powerhouse of a woman, and her resilience and incomparable talent have led to all her successes in the face of some of the toughest of circumstances.

So, let’s take a moment to look at five reasons Mary J. Blige “got it goin’ on hun.”

In 2005, when “Be Without You” was released, Blige had the world singing — sometimes screaming — the lyrics at their (sometimes non-existent) lovers. The song’s peak position on the radio was number one, and it spent 33 weeks on the chart, Billboard reported.

Appreciation tweet for “Be Without You” by Mary J. Blige

This song REALLY had me convinced I was going through a tough breakup when I was seven ASDKGKDHDK pic.twitter.com/Je3sjKWyxP

“In 1989, a young girl from the New York projects stepped into a Karaoke booth at a White Plains mall and sang an Anita Baker tune. Today it’s Mary J. Blige’s songs that young girls sing,” NPR wrote in 2006, the same year “Be Without You” reached its peak. It surpassed Usher’s 71-week streak with “You Make Me Wanna,” on the Hot R&B/Hip-Hop Songs list, SongFacts wrote on their website.

And in February of this year, another massive milestone for the song: 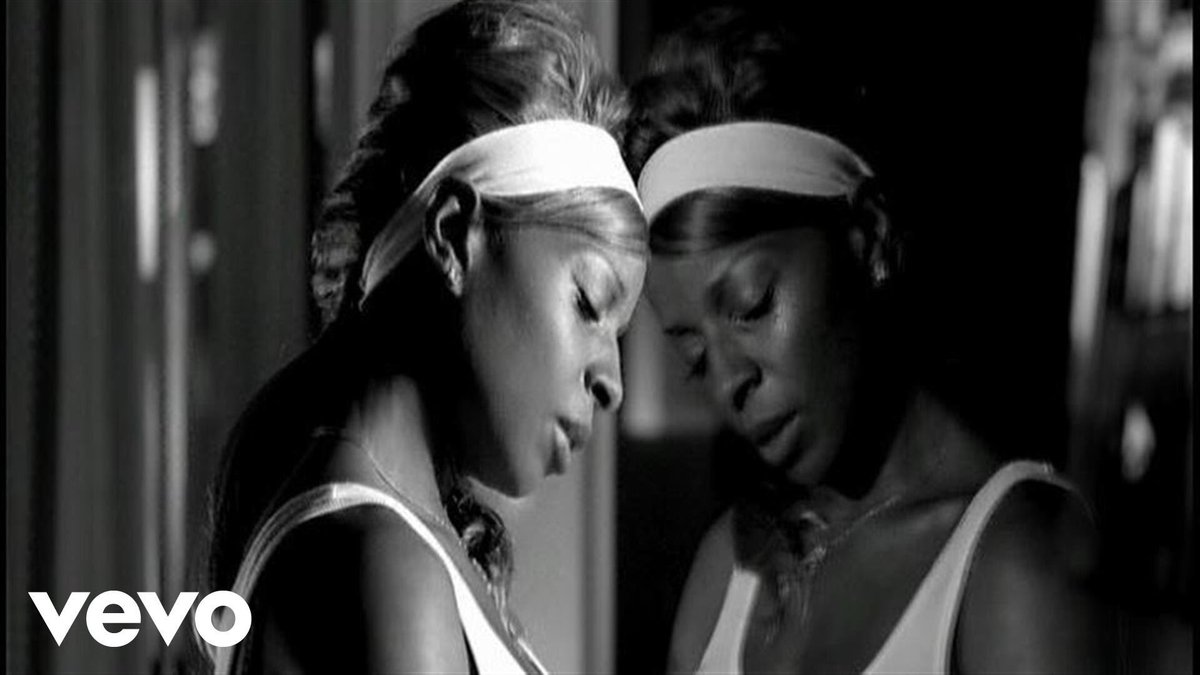 Mary J. Blige’s “Be Without You” music video has reached 100 MILLION views on YouTube. This is her most watched music video to date.

Who could forget Oscar-nominated actor, Terrence Howard, playing the role of Blige’s boyfriend in the music video? Blige had a massive hit on her hands with “Be Without You.” It was not her first, and — shocker — it was not her last.

Her fashion sense is Blige and Blige only

Mary J. has an effortless style that’s all her own. Now 46, “she’s always been a style icon, both on the red carpet and on stage. Even in the 1990s, she was setting the trends, not following them,” W Magazine wrote last year. Back in the day, Blige was one of the small-sunglasses trendsetters — the same trend Kim Kardashian wore in this season’s “Keeping Up With The Kardashians.”

More recently, there was that time at the 2018 Golden Globe Awards:

Who could forget her feathers and lace ensemble at the Hollywood Foreign Press Association and InStyle Golden Globe party in 2017:

And at the 2001 Viva Glam Party where she wore a must-have white fur coat and accessorized with a diamond necklace. Only she could, would, and should.

OK but seriously? Those pursed lips, the sweet cat-eyed liner effect, the sunglasses, the belt — a true fashion eye-con.

Her dance moves are, in a word, infectious.

The arm flare, the half milly rock, the stomp, the side step, and the shoulder shake, Blige has all these moves nailed and more. She has gone viral on numerous occasions for her dancing. The fun steps have also inspired other people to join in.

Blige is apparently also a pretty great poplocker, or so she said to Rolling Stonein 2007. “I was really, really good … I used to battle guys in the hallways. And as far as the electric boogie and all that goes, I was nice. I still think I’m nice. I wouldn’t do it in public, but if I did, I wouldn’t embarrass myself.” So, how do we make that electric boogie happen? 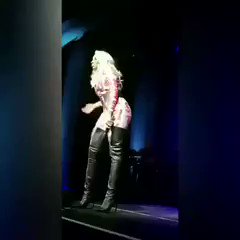 Mary J. Blige has some new moves for you! Feelin it? 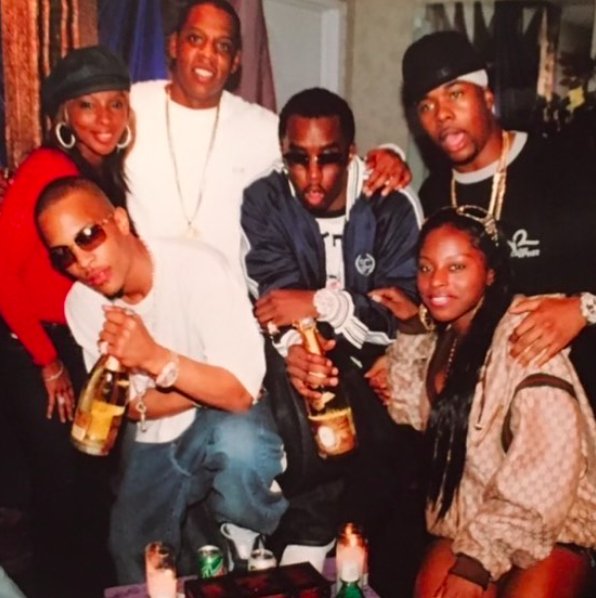 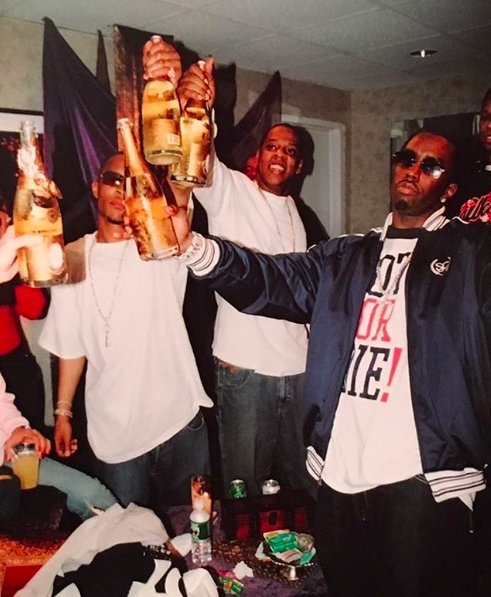 R&B/soul isn’t much without Blige. In January, at Blige’s Hollywood Walk Of Fame ceremony, Diddy sang her praises. For Diddy, Blige was and is a queen, a royal, majestic, and black excellence.

Her 2001 “No More Drama” album was adored by fans everywhere. The album had her “most popular song to date,” Biography.com noted. “Family Affair” is her highest peaking song, Billboard said.

Queen things only, we guess.

She’s talented — if show-stopping performances are your thing

Blige won the 2007 Grammy for Best Female R&B Vocal Performance, just one award among many that prove she can out-sing most artists.

We remember her stellar duet with Sam Smith in 2014.

Then came her raw emotion as she performed with Whitney Houston in 1999.

And her 2005 performance she had us asking, Blige, could you give us our wigs back?